A Win Ferguson class is trying to do their part to support Ukraine.

Sasha Kupchenko's Grade 3 class recently held a bottle drive and book sale at the school. All of the proceeds are going to the Red Cross.

"We can help the Red Cross get money to buy coats, food, water, all that stuff," said one of the students, Everett.

Kupchenko explained that Grade 3 students learn about four different countries as part of the curriculum, and their class happened to be learning about Ukraine when Russia invaded.

Just before the invasion began, she used the growing military forces as an example of how feeling unsafe, like the Ukrainian people, would affect their quality of life. After the invasion, when the kids started talking about it, the class took time to talk about what was happening.

"I just tried to put it in child-friendly language, in a way that wasn't too scary but that also was honest because they had heard a lot of things on their own at home."

Kupchenko tried to bring the conversation closer to home and have the students think about people in the community who might be having a hard time They talked about how important it can be to just reach out or express care for that person. A lot of what they discussed also involved the kids reflecting on feeling helpless and how doing something, big or small, can stop that feeling.

Her students were immediately on board when she suggested they brainstorm ways to raise money and help the Ukrainian people. They came up with about 20 different ideas, some more feasible than others, and after bringing up some of the ideas to the principal, the school decided on doing the bottle drive and book sale.

To try and encourage the students to donate books or cash, the school offered prizes to classes that hit donation milestone goals. A few classes won a glowstick dance party, a pyjama and stuffy day, and an iPad party.

Then Thursday (Mar.10) afternoon, kids and parents stood out in the cold for a few hours to collect donations. Kupchenko heard from one parent that it really put things into perspective for her son, who realized standing out in the cold was tough but nothing compared to what the people in Ukraine are going through.

In total, the school raised nearly $1,000 from the bottle drive and over $1,500 from the book and cash donation drive. The government is currently matching any donations made to the Red Cross. 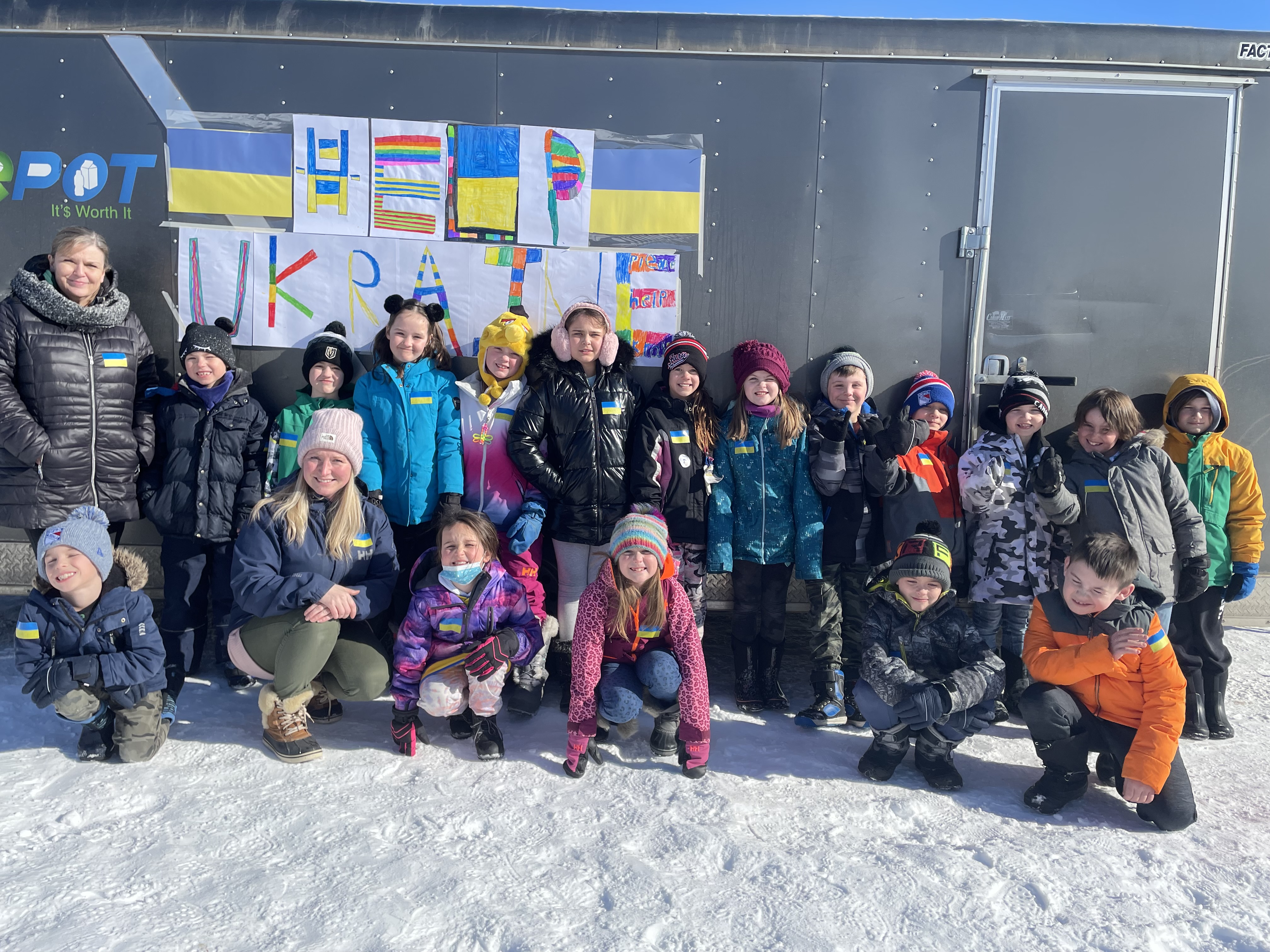 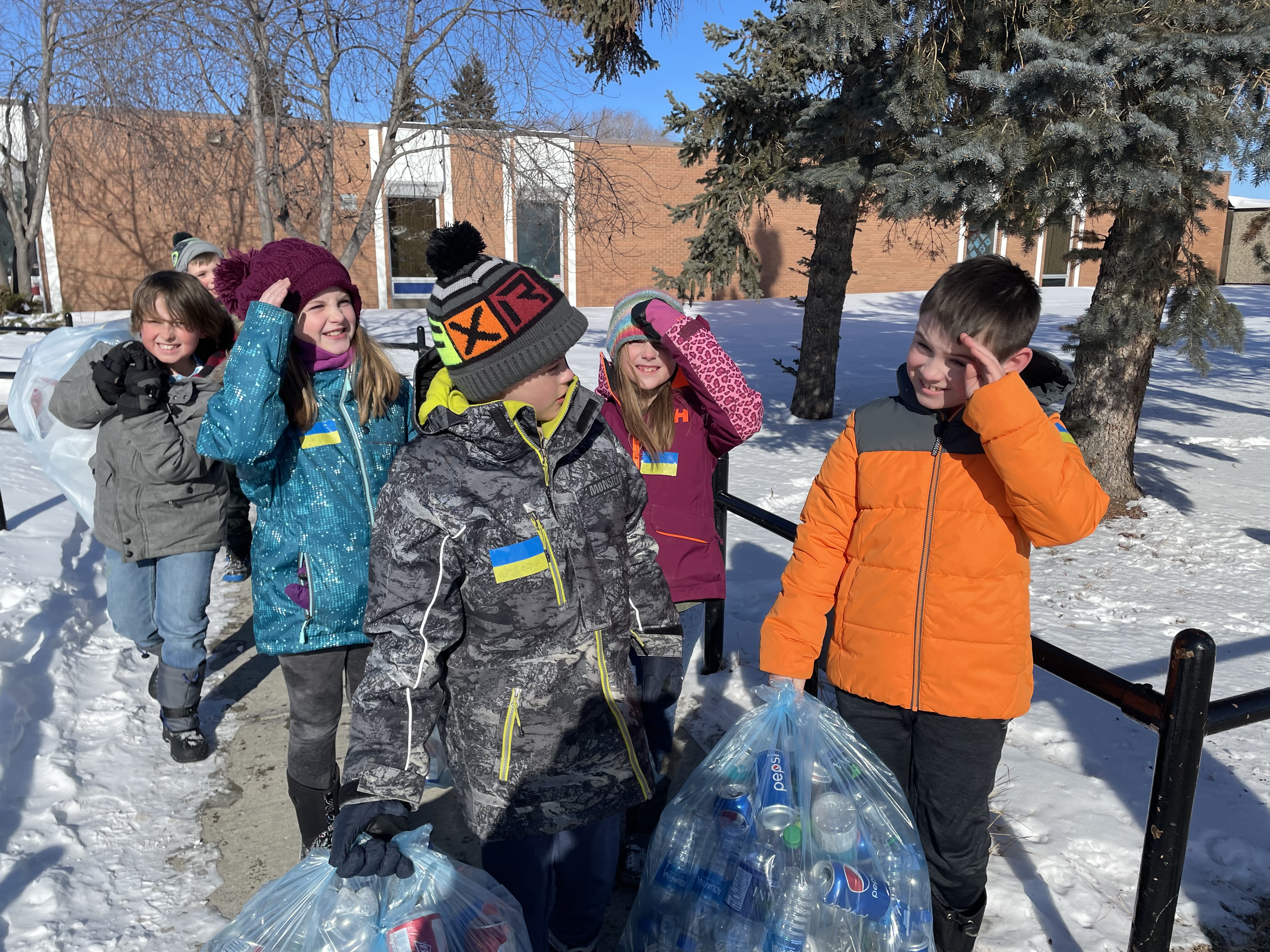 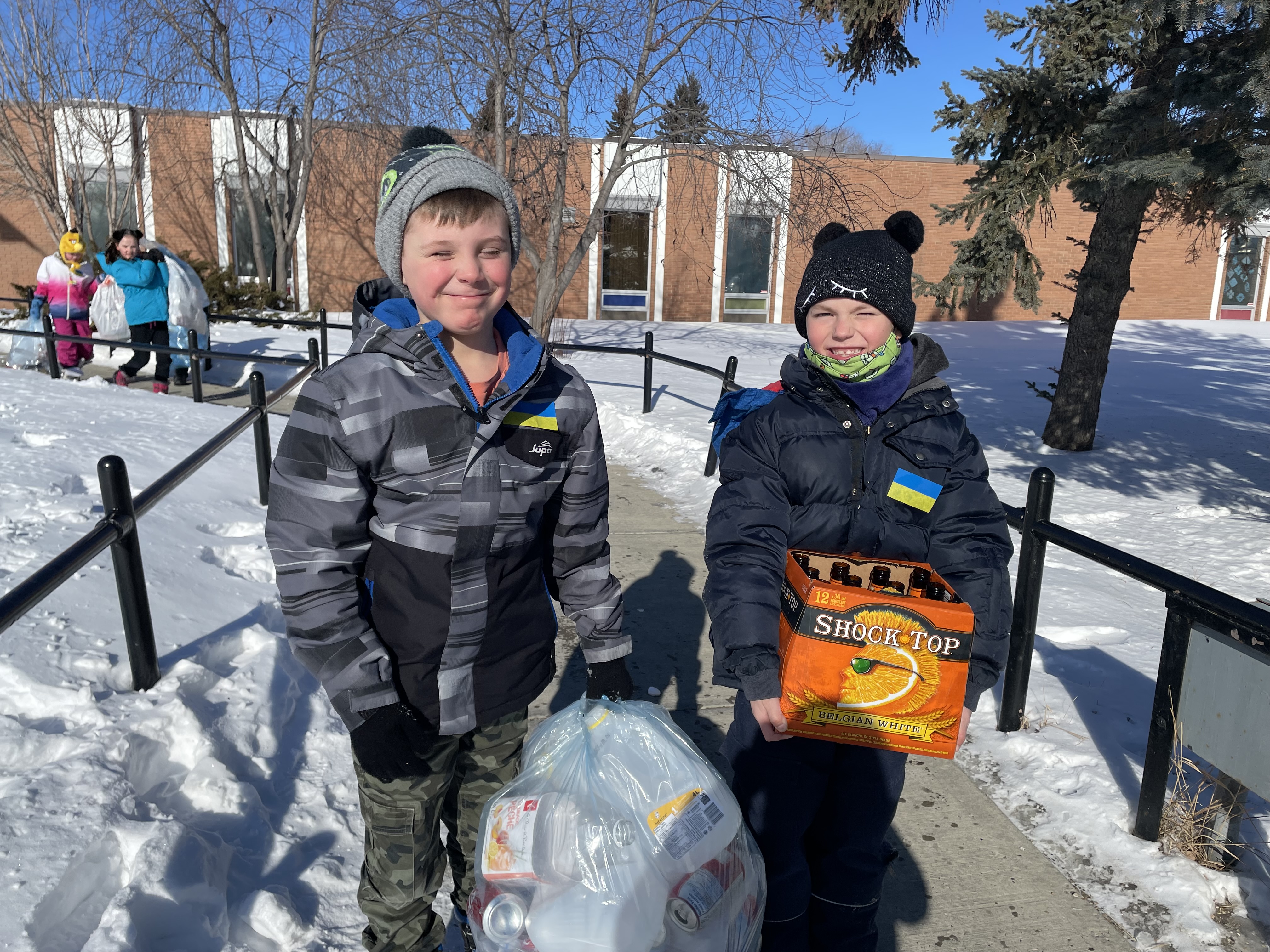 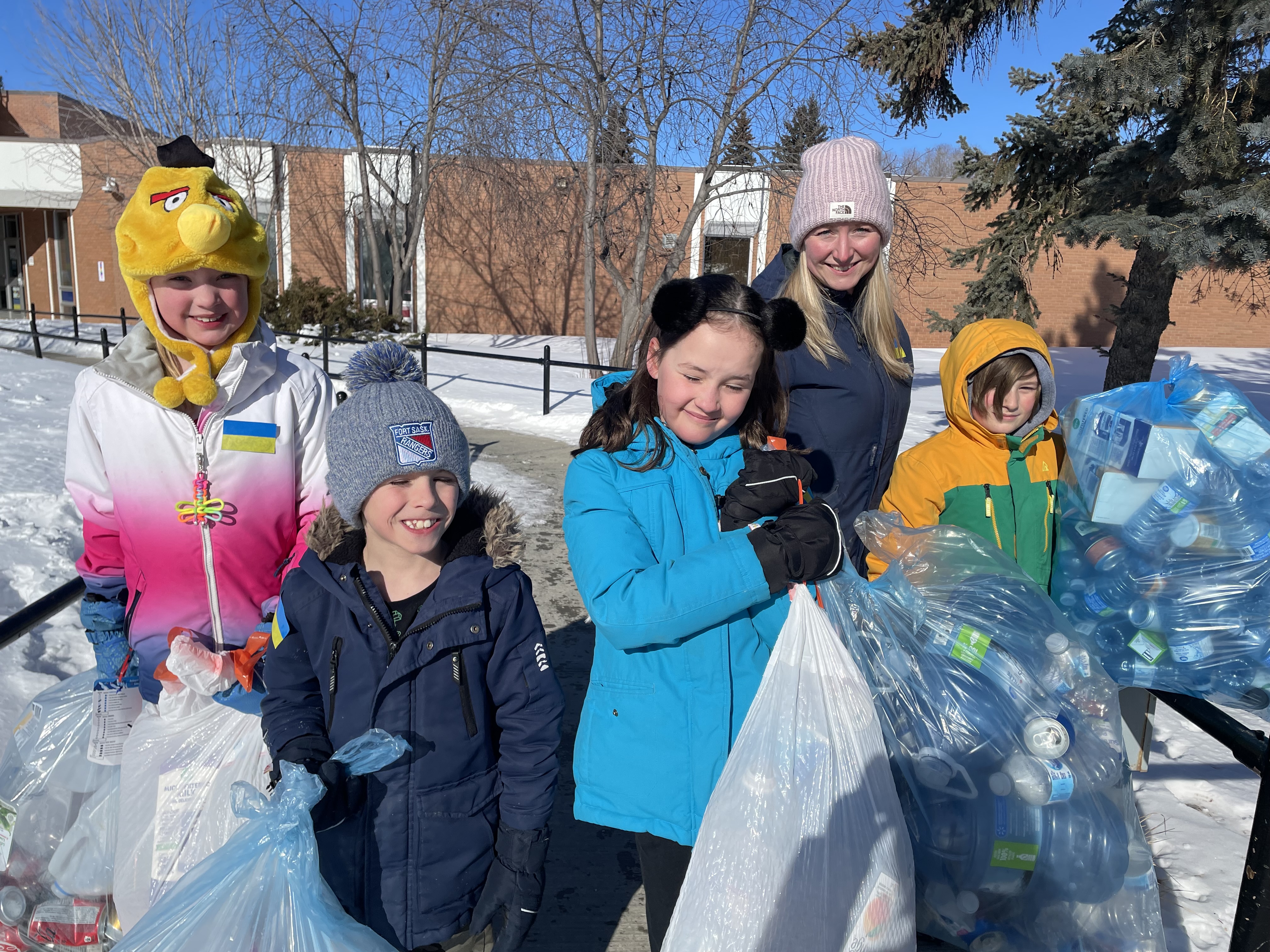