Written by Allison Stephen Tuesday, May 17 2022, 10:29 AM
Article continues below advertisement ↴

A family fleeing the attacks in Ukraine is now calling the area home.

Tetiana Targonia was supposed to have the windows of her new home near Kyiv installed the day Russia launched a full-scale invasion.

"We spent one more night at home, and after that, I understand that it's impossible. It's really dangerous to stay there."

The singer and mother of two, forced to leave her husband behind, packed a few bags and headed west. With 15 people in her car, Targonia, her children, and her mother-in-law fled to the Carpathian Mountains Region of the country. Fearing more explosions, they decided to cross the border into Romania.

"I left my car in Ukraine because the line near the border was really long, and it takes maybe three or four days for people who want to cross the border, and it was really cold," she said.

Once they found a town with a shorter borderline, they were invited to a refugee camp populated by women, children, and pets. After linking up with mutual friends in Barcelona, they soon moved to Spain and began planning their next steps.

During their stay in Barcelona, a family friend informed them the Canadian government had set up a program for Ukrainians fleeing the war. They received donated plane tickets from Canadians after their application and flew to Edmonton, where their sponsor family met them.

"Amazing Canadian family. They invited us to their home, they have four children, and I have two children, and now it's like a little kindergarten in our home with six children. But they are really nice, and they helped me a lot."

Now in Canada, Targonia is dealing with a lot of paperwork -- everything needs to be done, from health care cards, bank accounts, getting a driver's license, and enrolling her kids in school. Targonia said once the kids are enrolled in school, she'll feel more secure looking for work and moving ahead with her new life.

In a part of Alberta with a large Ukrainian population, Targonia and especially her children feel at home hearing the Ukrainian language, seeing their country's flags, and symbols.

Targonia explained being here helps make the world feel as though there are more good people than bad.

"Ukrainians feel like it's not fair. You made everything in your house, family, friendships, jobs, teaching, learning everything, and in just one day, you have to leave it."

According to her, the most crucial factor when arriving in Canada is to make sure that jobs can be provided to newcomers, so they have a sense of stability. For people to organize their lives, English classes are also vital.

Once she’s finally settled, Targonia looks forward to returning to her passion, singing like she used to back home with her folk band.

In Fort Saskatchewan, multiple efforts are underway to support and house Ukrainian refugees. Hosting Ukrainians in Fort Saskatchewan (HUFS), which facilitates connecting local people with Ukrainians coming to Canada, in addition to getting the appropriate resources and information out to newcomers.

An online auction will take place between May 20 and 27, which you can find on Facebook under Fort Saskatchewan Community Auction 2022. Additionally, a perogy dinner fundraiser is taking place on June 5, with proceeds going to HUFS.

Tickets are also still available for Hello Ukraine, a Ukrainian song and dance showcase supporting those coming to the area. The concert will take place at the Shell Theatre on June 26 at 7 p.m.

A message from the MLA

"I'm really proud that the government of Alberta has been very supportive of people coming to Alberta and also sending support to Ukraine. I myself, being of Ukrainian descent, this is especially close to my heart, and I'm really glad that I've had the opportunity to meet [Taragonia]."

Other resources for newcomers include Ukrainian Canadian Social Services, Facebook pages are also set up to connect Ukrainians to others in the community, including Работа в Эдмонтоне, for job seekers.

Anyone looking for assistance can reach out to Armstrong-Homeniuk's office by emailing fortsaskatchewan.vegreville@assembly.ab.ca. 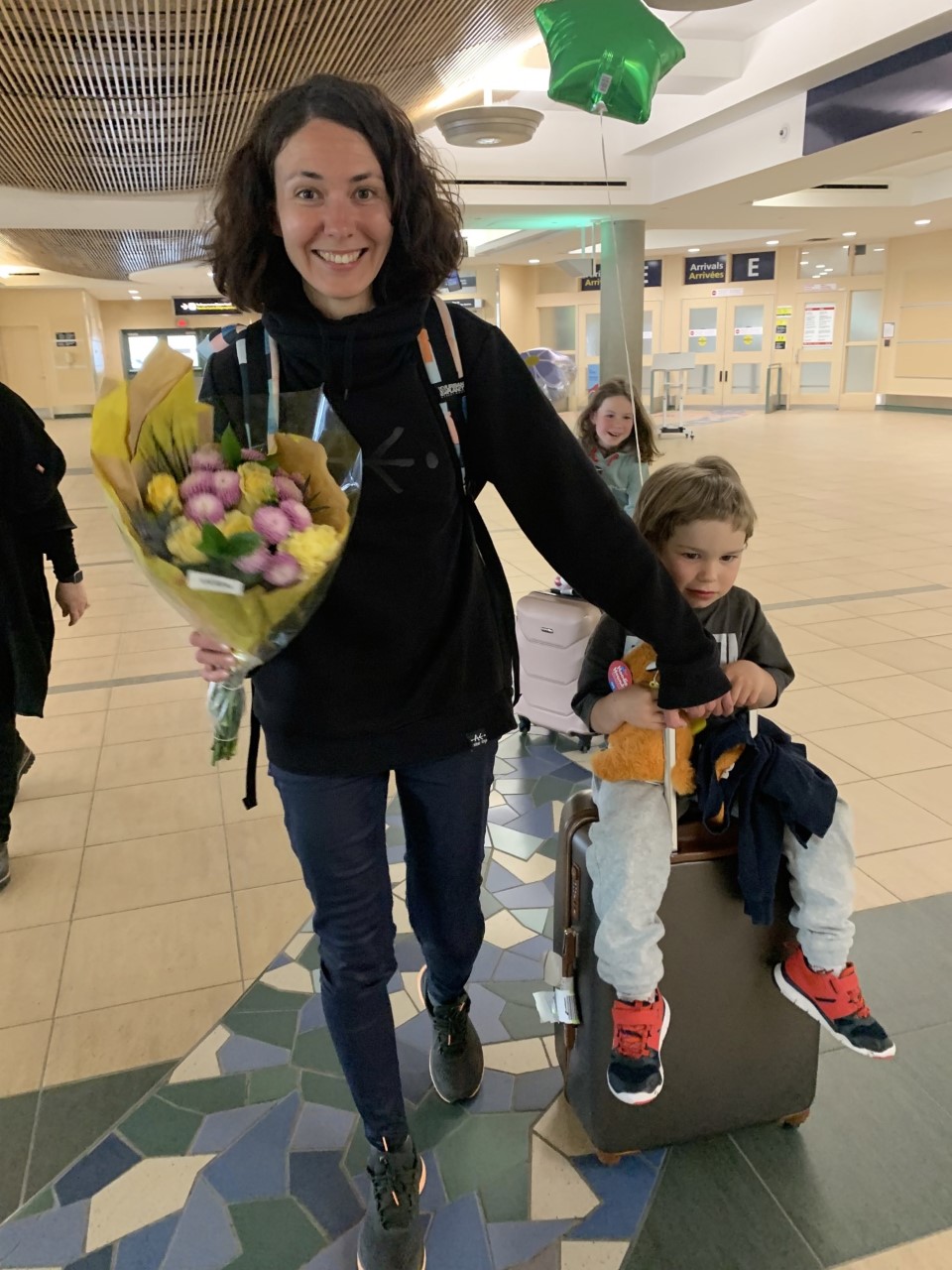