A young boy with a special heart brought two opposing hockey teams together for a good cause.

Eight-year-old Tyler Grycan is a third grader at Muriel Martin Elementary School. He was born with a congenital heart defect and has had six open-heart surgeries. He has been on the heart transplant waiting list for over two years.

"He needs a very close match, which is not very common," said Trisha Tuchscherer, Tyler's mother. "He spends lots of time in [the Stollery]. He's there every month for an infusion."

In 2020 Tyler and his family started 'Ty's Toy Drive' to help collect toys for other children at the Stollery.

"Some of the children have to stay [at the Stollery] forever, and Christmas especially," Tyler said. "I wanted to make sure that they have a little bit of Christmas, too."

People attending the game could donate a toy or money instead of admission.

The Rangers, and even the visiting team, the St. Albert Raiders, shared Tyler's story on social media to raise awareness for the fundraiser.

Tyler even took part in a ceremonial puck drop before the game.

"It was very good [meeting the Rangers]."

At the end of the game, all of the toys were donated alongside $1,600 in donations, with $1,000 coming from Strike Group, which also sponsors the Rangers.

Between fundraising events and school, Tyler spends his time playing video games and sports with his father.

Tyler urges other kids suffering from a similar condition to 'be strong'.

"I know it can be scary, but [the doctors] try to not make it that scary." 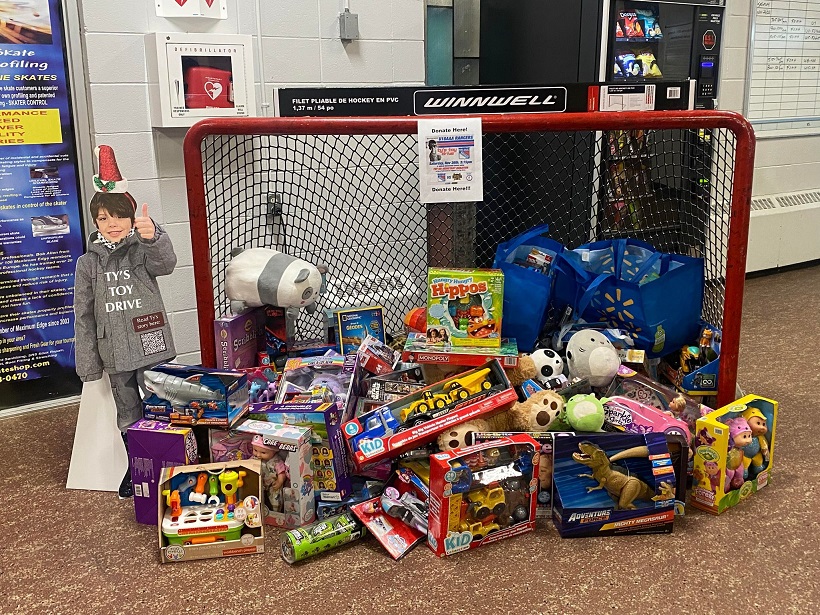 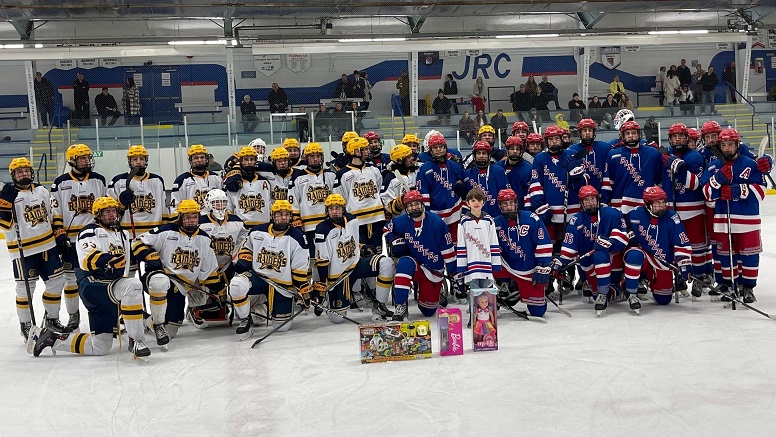