The program, which stands for science, technology, engineering, arts, and math, allows kids to explore topics that aren't usually covered under a traditional curriculum.

Kids are able to get hands-on experience with things like coding, robotics, and even 3D printing.

The school has brought in six new 3D printers and six new desktop computers to help students enrolled in the academy.

Konnor Wood, the school's STEAM coordinator, says the initial plan was for Gibbons School to test the waters with a few new course offerings but, after discussing it further, they decided to bring in the entire program for this school year.

"It's been really rewarding seeing the kids engage with the stuff," said Wood. "It's really a co-learning experience which I think is probably the most valuable part of it because you can come in with that baseline and then the kids take it from there."

"[STEAM is all about] getting inspired by real-world stuff and then bringing it in and figuring out how to apply [concepts] into real-world scenarios."

An example of the academy's unique learning qualities can be found in some of the unusual places they take field trips. In the case of the Gibbons class, they'll be heading to an arcade soon to learn more about video game coding and design.

"We will look at some arcade games and when we get back, the kids will be designing their own arcade games out of cardboard and then we will have a little carnival forum."

Walking into a STEAM class is a different experience as well. Kids are often in groups doing their own independent projects such as turning a programmable microchip into an electronic dice or building a robotic skid-steer out of Lego bricks that can navigate a maze.

The open-endedness of the course really allows students to pursue what they are passionate about.

"Typically, when kids get to junior high your options are either to do sports, band, maybe a home economics or shop class and that's it," said Wood. "To have the opportunity to have kids engage with STEAM it allows kids to [interact with concepts like] video games, using robotics, and computer skills which they are crazy about."

"{Students] learn not just how to play with those toys but to see them as tools to solve real-world problems."

Problems around the school have already been solved thanks to students in the program.

Knox Kinsey, a grade seven student at Gibbons School, came up huge for the school after he 3D-printed a set of keys for the toilet paper dispensers that were no longer being produced.

"The janitor told me that she heard of me and that I had a 3D printer so she asked me to design a key," said Kinsey. "I printed 10 of the keys and they worked so I saved [the school] a lot of money."

"I have a set of digital calipers and I brought one [real] key home, and I designed the actual key mechanism part and then made a square handle...I made it almost identical to the ones they buy."

Kinsey also did a 3D printing of a couple of replica helmets from 'The Mandalorian" TV show and a plaque featuring the school's athletics logo.

Since the academy is still young at the school, Woods says the full potential of STEAM still hasn't been realized yet in Gibbons.

"We got a really good start," said Wood. "Next semester we will be trying to be incorporating some low-tech options because it isn't all about the robotics, coding, or the computers."

"You can hit so many of these concepts and unleash this massive creativity with just Lego blocks or Keva blocks."

Some other schools in the area that have adopted the STEAM academy include Sturgeon Heights in St. Albert and Four Winds in Morinville. 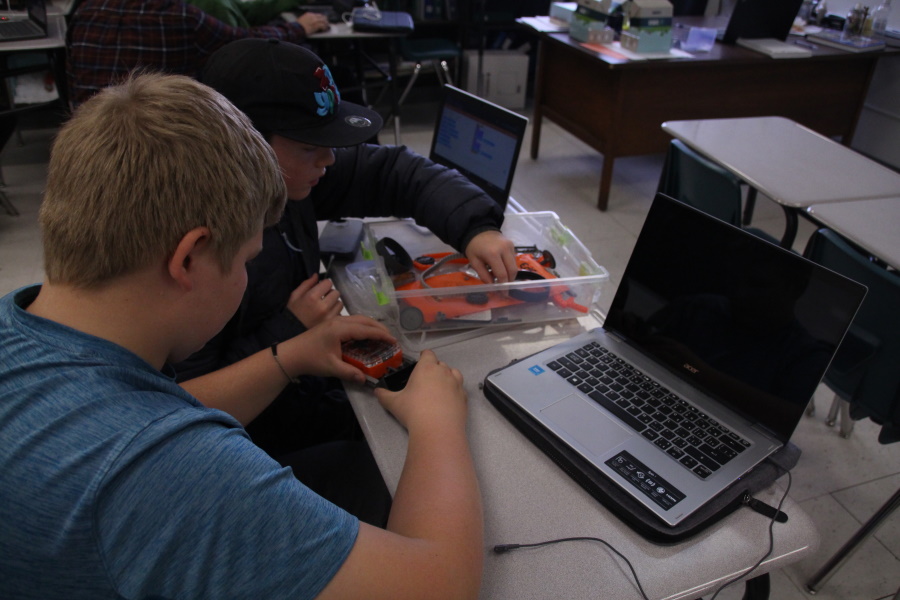 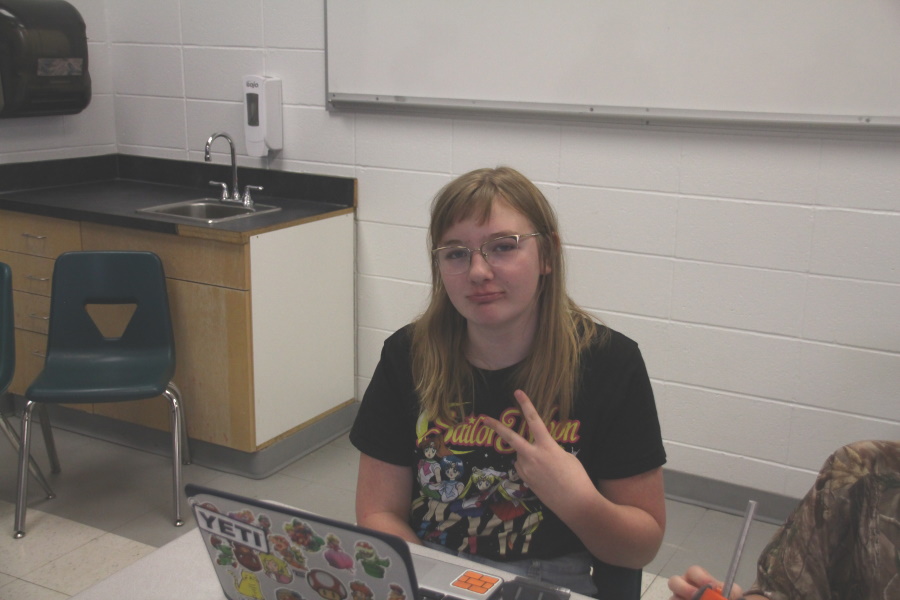 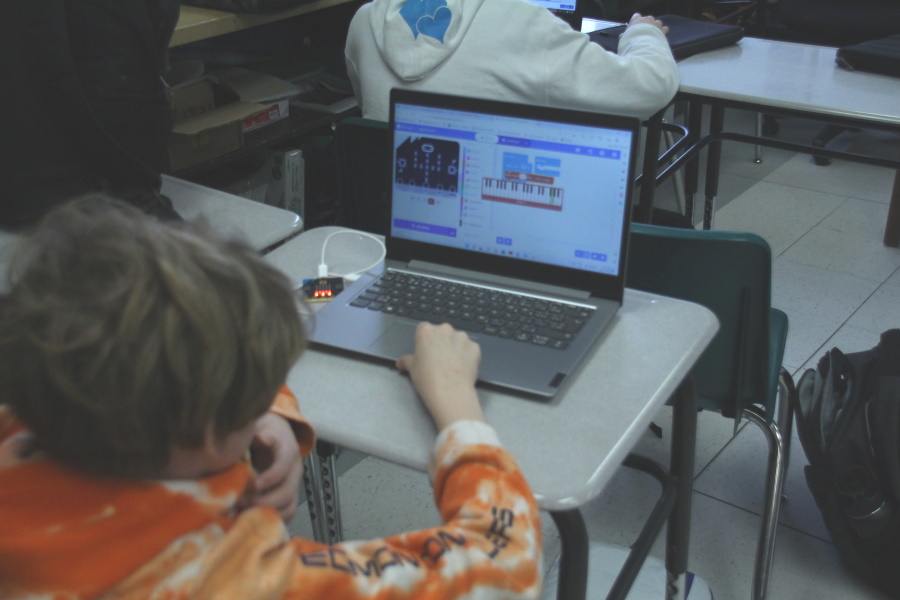 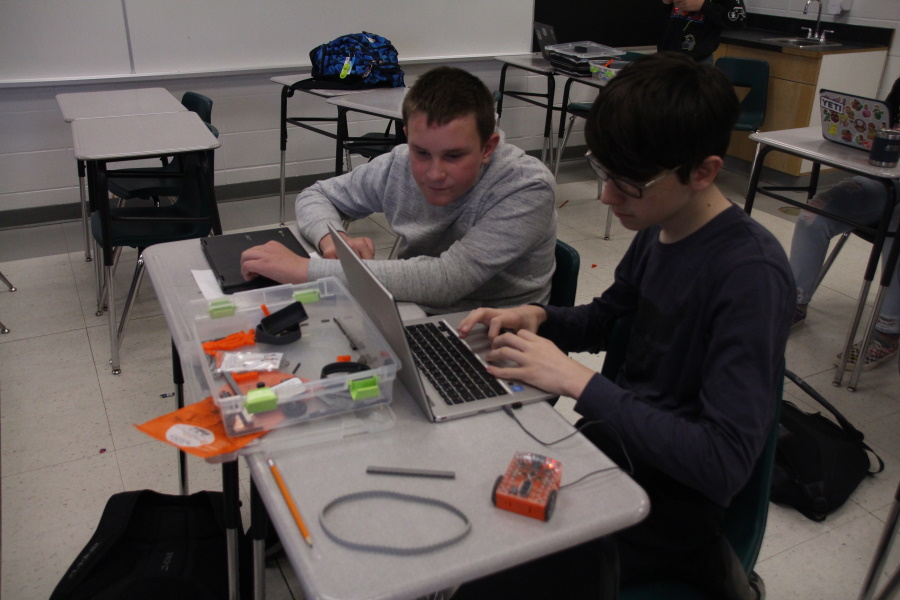 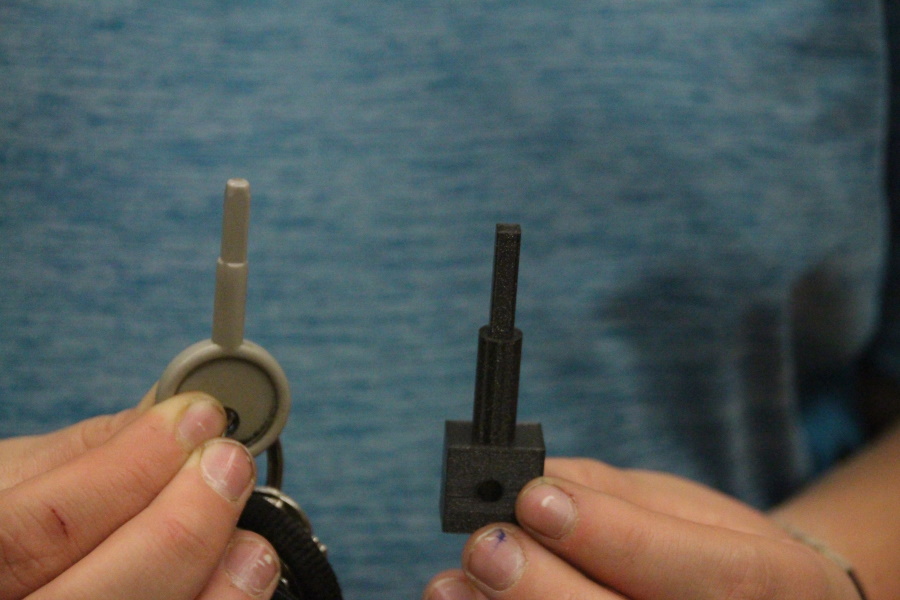