Fort High students raise over $1,300 for victims of fire

A group of students from Fort Saskatchewan Senior High School helped raise $1,300 for victims of the Woodsmere Close fires.

The students, as part of their leadership class, tried to figure out a way to raise money in a way that was exciting. They came up with an idea that involved their own teachers, Mrs. LeClair and Mr. Edwards.

"Mr. Edwards is a huge Calgary Flames fan, and Mrs. LeClair can’t get enough of the Oilers.  The teacher whose team raises the least amount of money by the end of the week is subject to decorating their classroom in the opposing team's theme for the duration of the following week," Fort High said in a Facebook post.

The deadline was originally set for Tuesday (Oct. 25), but after the fundraiser gained popularity, they moved the day to the next Monday (Oct. 31).

At noon, students crowded the Fort High entrance as Mrs. Villetard, teacher of the leadership class, announced the results of the fundraiser.

Shelan Richardson, one of the leadership class students, says that everyone is looking forward to seeing Mr. Edwards' class covered in the logo of his rival team.

"Mr. Edwards is so involved in his Calgary Flames that he has a shrine in his classroom," Richardson said. 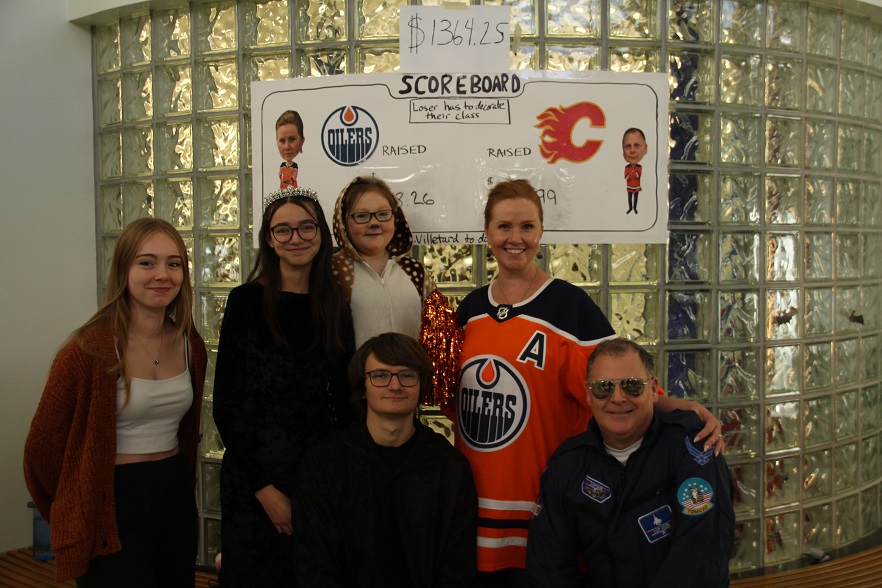 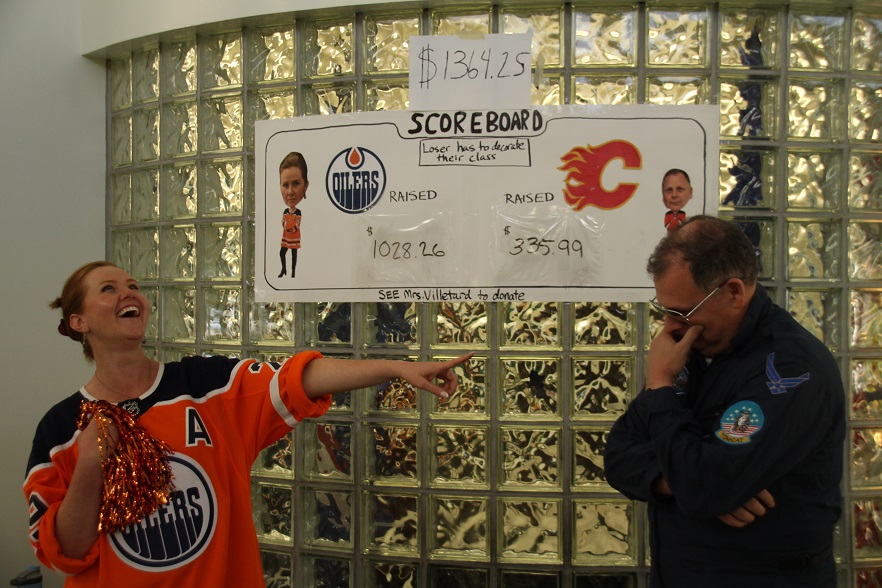