'Cradle of Ukrainian settlement' comes together for flag-raising ceremony

Lamont County held a special event on Friday (Mar.4) in support of Ukraine.

To honour their close connection to the country and show their support during Russia's invasion, the county held a Ukrainian flag-raising ceremony.

"We gather here today to raise their flag to honour the victims of this senseless and tragic war," explained mayor Kirk Perrin.

He, along with reeve David Diduck and former premier Ed Stelmach, spoke during the ceremony about the horrors of what is happening and how terrifying it has been to watch the situation unfold.

Diduck also noted they have heard that the area where Nebyliv, their twin community, is located has experienced bombings and missile attacks.

"Lamont County is very concerned for the hardships the people of our twin community are facing and hope and pray for the community's wellbeing."

Anthems of Ukraine and Canada were played during the flag-raising.

The county also collected donations from the residents attending for humanitarian aid. 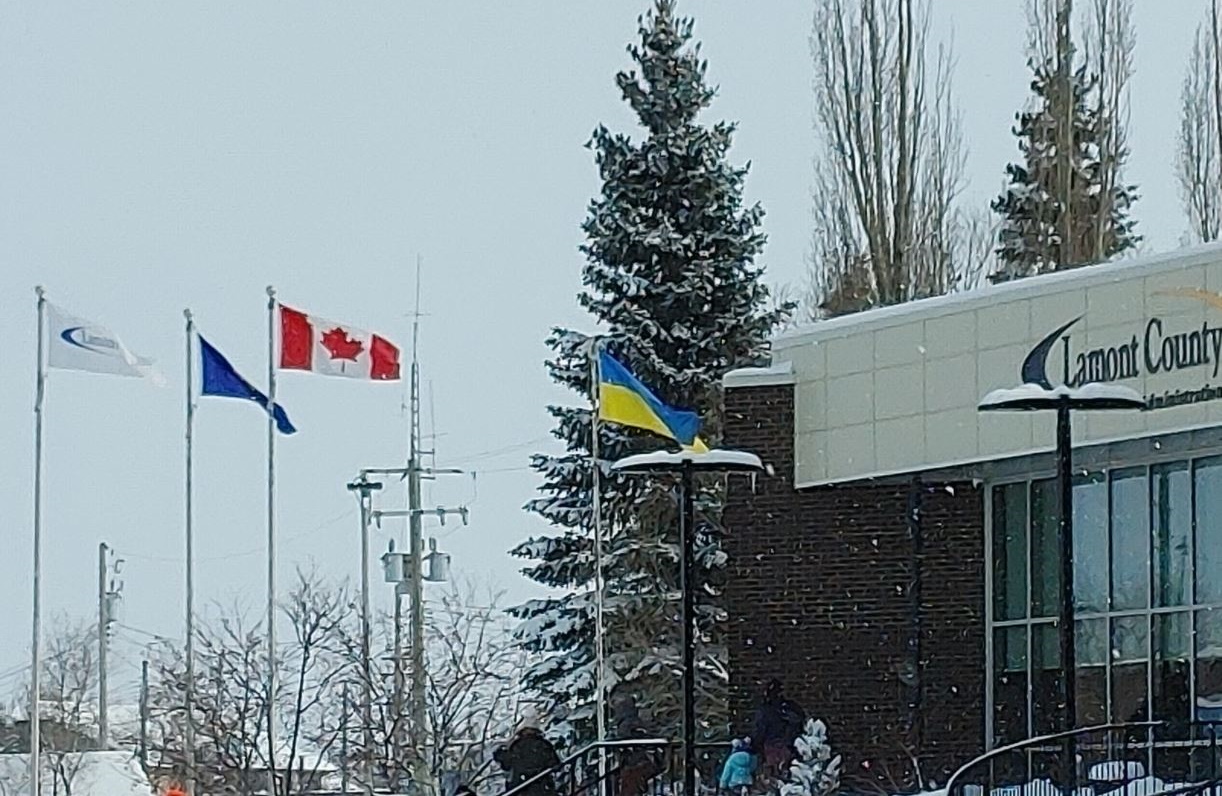 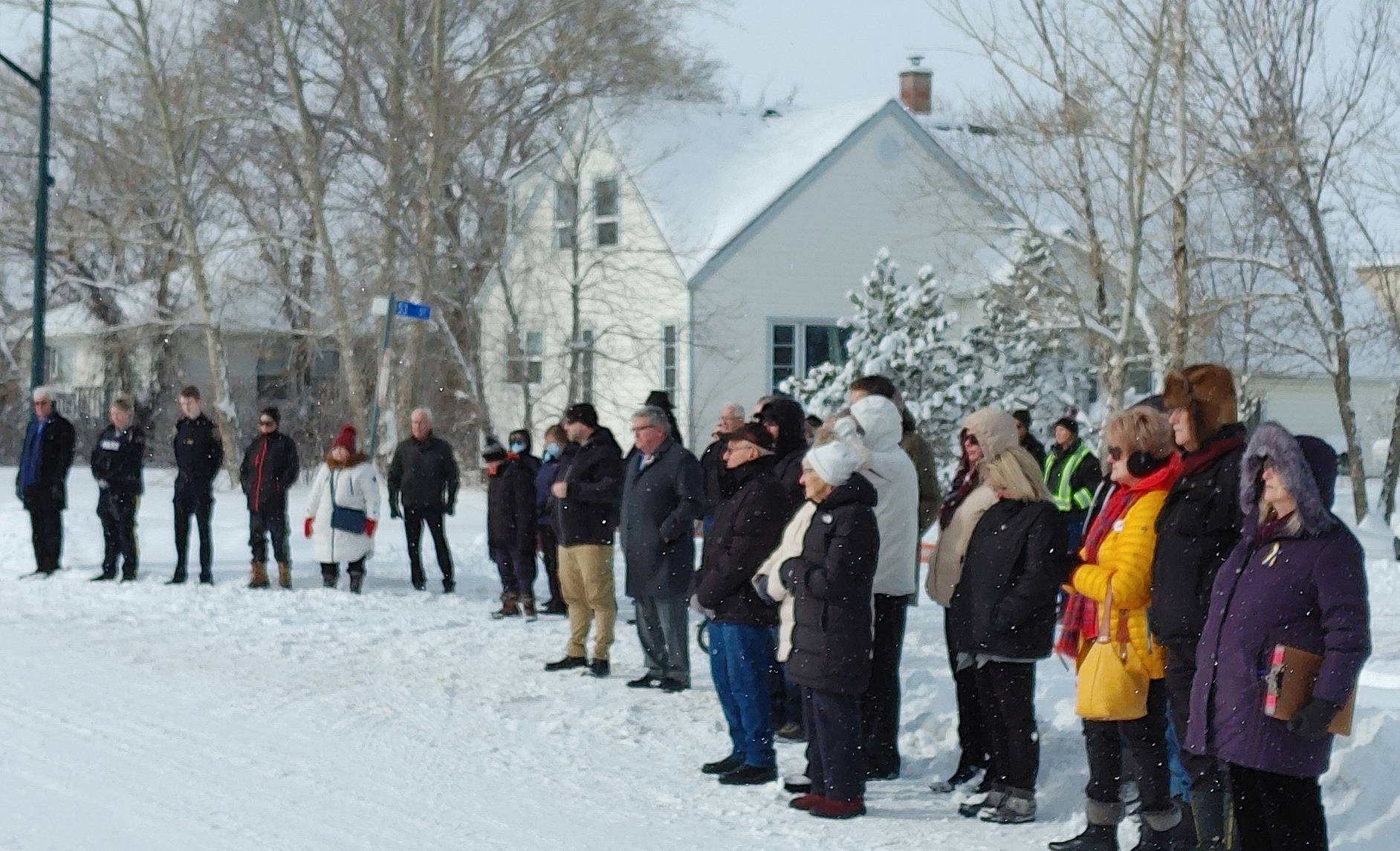 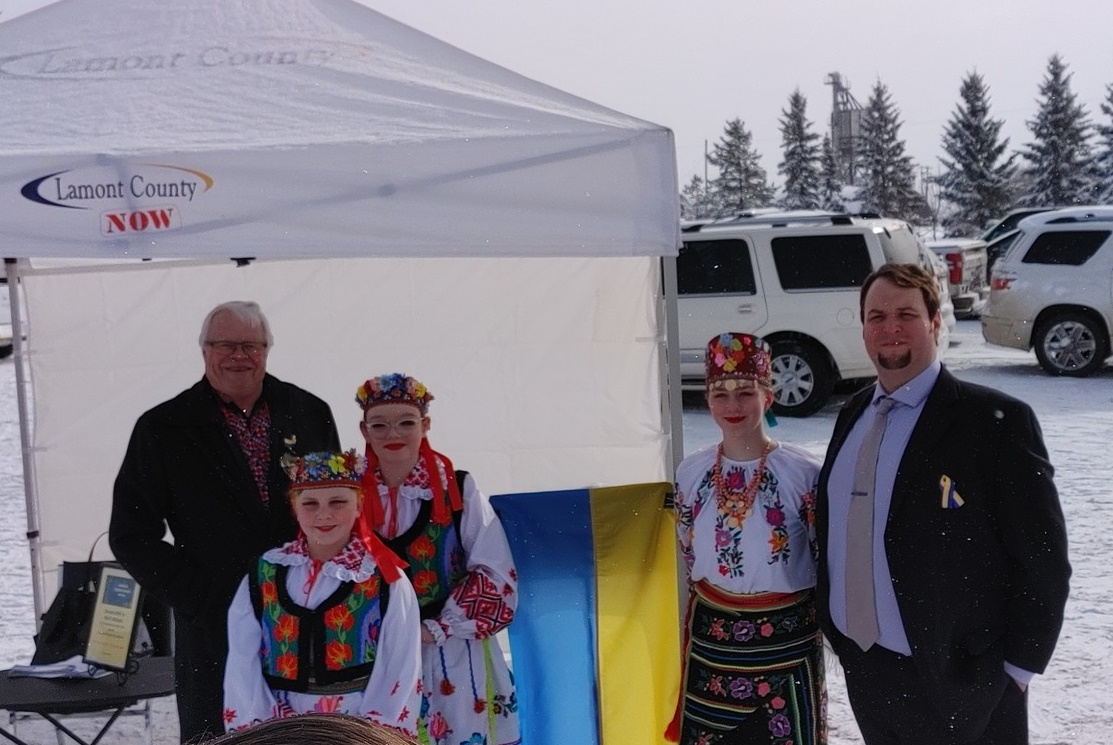 Agriculture's voice is not being heard

The gig is up: Alberta Premier Jason Kenney set to step down from top job