The Kovar family in Vegreville got the surprise of a lifetime last week.

The family, who hails from Ukraine, moved to Canada in May to escape the ongoing war in the country. They consist of two parents, Olha and Roman Kovar, and three kids, Roman Oleh and Taras.

Their ticket to Canada came in the form of third-generation relatives -- Carol Rudyk worked with her family to make sure the Kovars could seek safety in Canada.

“When the war started my daughter-in-law sent a text to Olha and kept track of her,” said Rudyk. “When they got to Toronto we helped them get airfare to Edmonton and then come to Vegreville.”

With a new home to call their own. The Kovars now needed a way to get around. They weren’t able to bring a car with them during the move and, being new to the community, they couldn’t afford a car.

Luckily, with the help of a couple of good samaritans in former Fort Saskatchewan teacher Al Speer and long-time U of A Golden Bears volleyball coach Terry Danyluk, the family was provided with bikes to get around for their first few months.

“We got a GoFundMe page and got about $2,000 so we bought the family bikes, helmets, locks, and a shed to store the bikes,” said Speer. “That’s how we originally met the family.”

“They were very sweet and appreciative.”

That was the beginning of a very fruitful friendship. As time went on and Olha and Roman got jobs, Speer and Danyluk started thinking of ways to help the family even more.

“Going into the winter, we decided we were going to try to get them a vehicle,” said Speer. “My friend Terry Danyluk had a long-term relationship with Sherwood Buick GMC so we contacted the manager.”

The manager thought it was a great idea and pretty soon found a used 2011 GMC Denali that could be given. Initially, the vehicle was pretty banged up but after the dealership paid for about $3,000 in repairs it was ready to be given to the family.

Last Saturday (Sept. 10) the family received their new vehicle with tears in their eyes.

“It was very unexpected,” said Olha. “We didn’t realize that someone would give us a vehicle as a present.”

“We were looking for a vehicle because winter is coming and we have three kids. We can't go everywhere with a bicycle.”

It’s been nearly a week since the family has had the car, but the shock of the act of kindness hasn’t worn off.

“Even now I can’t believe it,” said Olha. “Sometimes when I look out our window and see a vehicle I think ‘oh, somebody has come to us’ but no it’s our car.” 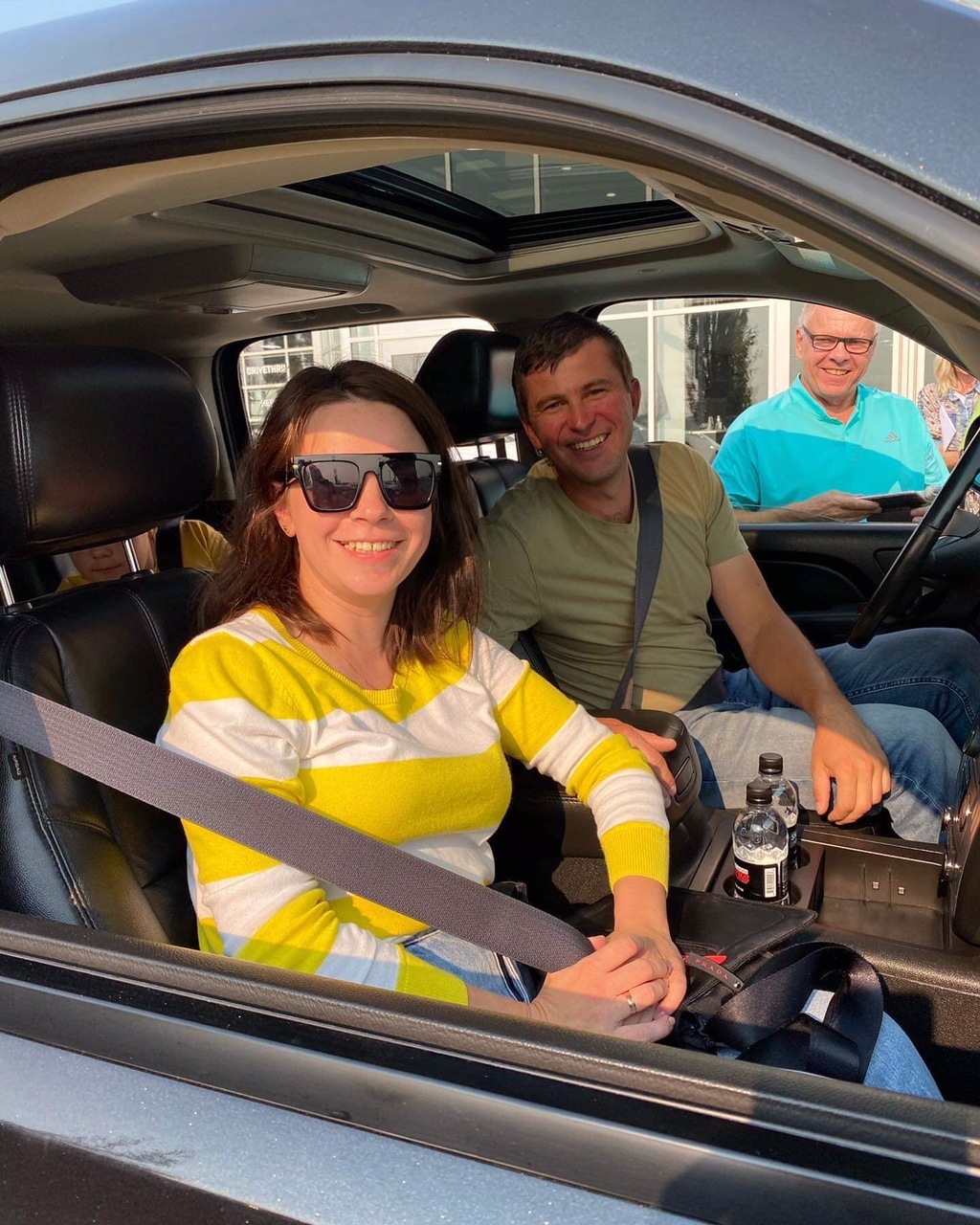 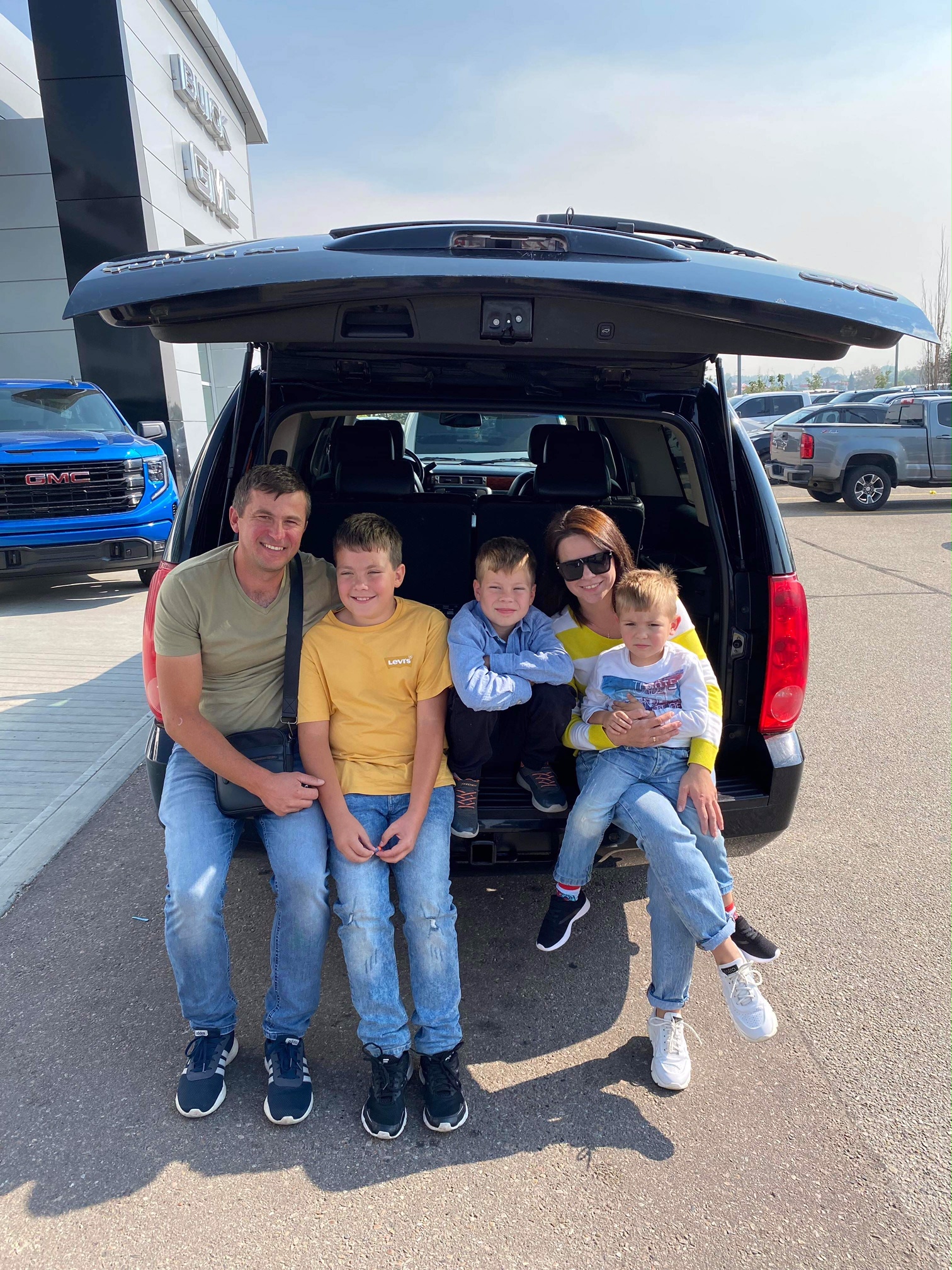